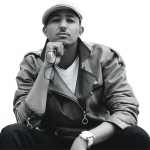 Kazz is the brains behind the empire, with a strong passion for music and visual production it was no wonder the formation of Boomslang Production came about. He’s the cool cat of the organisation, a man of many talents, and a man on a mission to be a master of all. Coming from a musical background it wasn’t long before Mr B jumped into the music scene. With influences from his father as well as the inspiration from talented vocalists like R. Kelly, Akon, and Sean Paul, Kazz knew he had to start making music of his own to pursue his dream.

From his passion and love for music; Prizym Inc. was born in 2003. Kazz took it on his own stride and joined forces to start a studio with his brother in the aim to introduce local talent from Masvingo. It wasn’t easy for the duo, their first aim at airplay was turned down on the grounds that their music was “too westernised”.

This didn’t stop Kazz from pursuing his dream, if anything his determination grew stronger and with trial and error, the Bkay & Kazz brand was born. From starting out as a local duo, he and his brother became international celebrities. The duo went from being winners of Live & Unsigned in 2007 to releasing hits like “You Know It’s Right”, “Amina Kadeya” and “Seven Wonders”.

Kazz has gone from strength to strength to keep up with the forever growing industry and it hasn’t been short of challenges. One of the biggest challenges the brothers faced was when they’re mother was taken sick is 2012, this forced Bkay to return to Zimbabwe but this was also a turning point for Kazz’s career.  2013 saw the birth of Kazz a.k.a. Mr_Boomslang, he went from Duo to Solo in the aim to keep pursuing his dream.

Since then Mr Boomslang has released hits like “So Fine” with Sonni Balli “Sweet Gal”, “International Africans” with JJC and “Shaking through the Night” alongside Rozalla Miller. The future of Mr_Boomslang is a long time away from the end but his focus is now to pass on his knowledge and guidance to the up and coming. Mr B handles audio engineering for Boomslang Production’s artists as well as visual directing for video/advertising shoots. He is indeed a man of many talents.

“My Reason for starting Boomslang Production was simple. When my brother and I got into the game, we met certain people that helped out in perfecting our craft and talents to get to where we are. Some of them had no idea about the industry but gave some really good advice. I felt that it was important and very necessary to continue the tradition of giving to those who are in need.”

“Knowledge is power, and I believe that sharing what I know with people that want to also succeed, is always a positive step to success. The future I hope to achieve for Boomslang Production is to create and inspire the next generation of our people.”