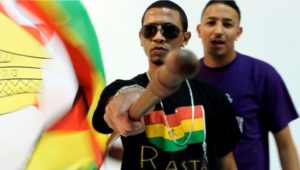 AFRO-POP duo Bkay & Kazz continue to grow from strength to strength.
Celebrated at home in Zimbabwe, the sibling super group have set their sights on astounding the international music scene with the launch of their third album, African Spirit this summer.

African Spirit comes as the brothers are particularly riding on the crest of a wave of success. 2011 has seen Bkay and Kazz:
• Win the prestigious Zimbabwe Achievers Awards Best Male gong
• Lend vocals to rapper Carlprit on the track See You at the Top en route to becoming first Zimbabwean on Billboard charts
• Record a hugely popular international remix, We Are Africans, with Nigerian superstar JJC while;
• a tour of Africa with US pop sensation Sean Kingston saw them outshine the American-Jamaican, according to the media.

Their collaboration project with Carlprit, See You at the Top, was also released in South Africa and reached Number One on Channel O’s Viewer’s Choice show within the first week of its release. On the back of the achievement, the duo attracted the attention of the South African Tourist Association board (S.A.T.A) who requested use of one of their tracks titled Sing-a-long as a soundtrack to a World Cup football commercial. The advert went up on YouTube and reached over 200 000 views, while the track was included on a compilation of the World Cup’s digital download record.

Born Seiraj Khan (Bkay) and Farhaan Khan (Kazz), they picked up the guitar and the piano respectively as toddlers. It wasn’t until 2007 however, when their collaboration with Dancehall artist Decibel on the track Ndikati Hello cast a national spotlight on them. Propelled by the success of the cut, their debut album, In the Beginning, went straight to the top of the charts of the Zimbabwe Broadcasting Corporation.
In the same year, B-Kay & Kazz packed their bags and flew out to set base in the UK. They entered the national talent show Live & Unsigned UK – the second biggest competition in the UK, and after auditioning with 30,000 other acts, the boys waltzed through every level of the different stages to be crowned the ultimate winners of the competition.
To mark this success, the brothers recorded the hugely popular self-penned single You Know its Right as lead to the subsequent release of their international debut LP, Boomslang.
You Know Its Right proved a hit. 8 weeks before the release of Boomslang, the boys made it to Number One in the singles downloads charts and also made it into the overall UK Top 30 Charts.
Their video was rated top ten on Channel U’s music charts and this success led to promoters knocking on their door requesting that they open shows for some of today’s top entertainers such as, Jay Sean, Omarion, Sisqo, Tony Mattaron, Mr Vegas, Marques Houston, Liberty X, Oliver Mtukudzi, Andy Brown, Nathan, F.D.M. and Ne-Yo.
While In The Beginning was an Urban Grooves record and Boomslang a feel-good pop album, African Spirit is a salutation to the duo’s roots.
Amina Kadeya and 7 Wonders – the latter, which has been adopted by the Zimbabwean Tourism Board – are the first singles to be released from their new album, and there is every indication that these fantastic tracks are a harbinger of more to come on a potentially jam-packed record.